The high quality, low price for measuring the SAC254

LISA UV is a robust and easy-to-use sensor for SAC₂₅₄ measurement. This photometric sensor uses emission LEDs for stable optical measurements over time and its measurement lenses are coated with a nano-treatment to fight against fouling. LISA UV requires low maintenance thanks to the automatic cleaning systems, for reliable measurements 24/24h.

The modular design makes it easy to modify the optical path length and to adapt to many applications, river, wastewater, process... by changing the optical lenses.

With integrated calculation formulas, the LISA UV probe determines the organic load of inlet and outlet water. The output signal can be configured directly for CODeq, BODeq, TOCeq, UVT₂₅₄.

The TriOS G2 interface allows quick and easy integration of the sensor into existing process control systems or external data loggers. In addition to the integrated network interface, LISA UV is available with a digital or analog output. The sensor can easily be configured via a web browser on a PC, tablet or smartphone.

The light source consists of two LEDs of different wavelengths. The wavelength of the first LED is equal to 254 nm. The wavelength of the second LED is 530 nm. This wavelength is used for turbidity correction. The two LEDs are connected in series in a particular profile. On its way to the detector, the light emitted by the LEDs passes through the medium, which partially attenuates it. The detector absorbs the remaining light and thus determines its intensity. The attenuation of light occurring when passing through a medium is compared to the attenuation obtained with ultrapure water. Measurement in ultra-pure water provides baseline intensity. 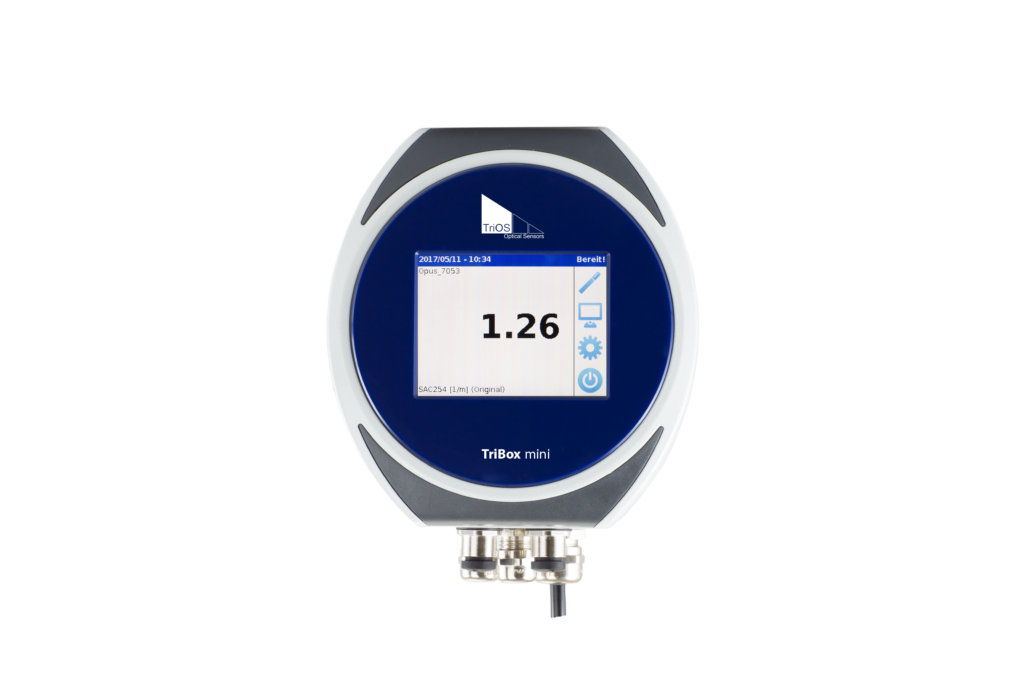 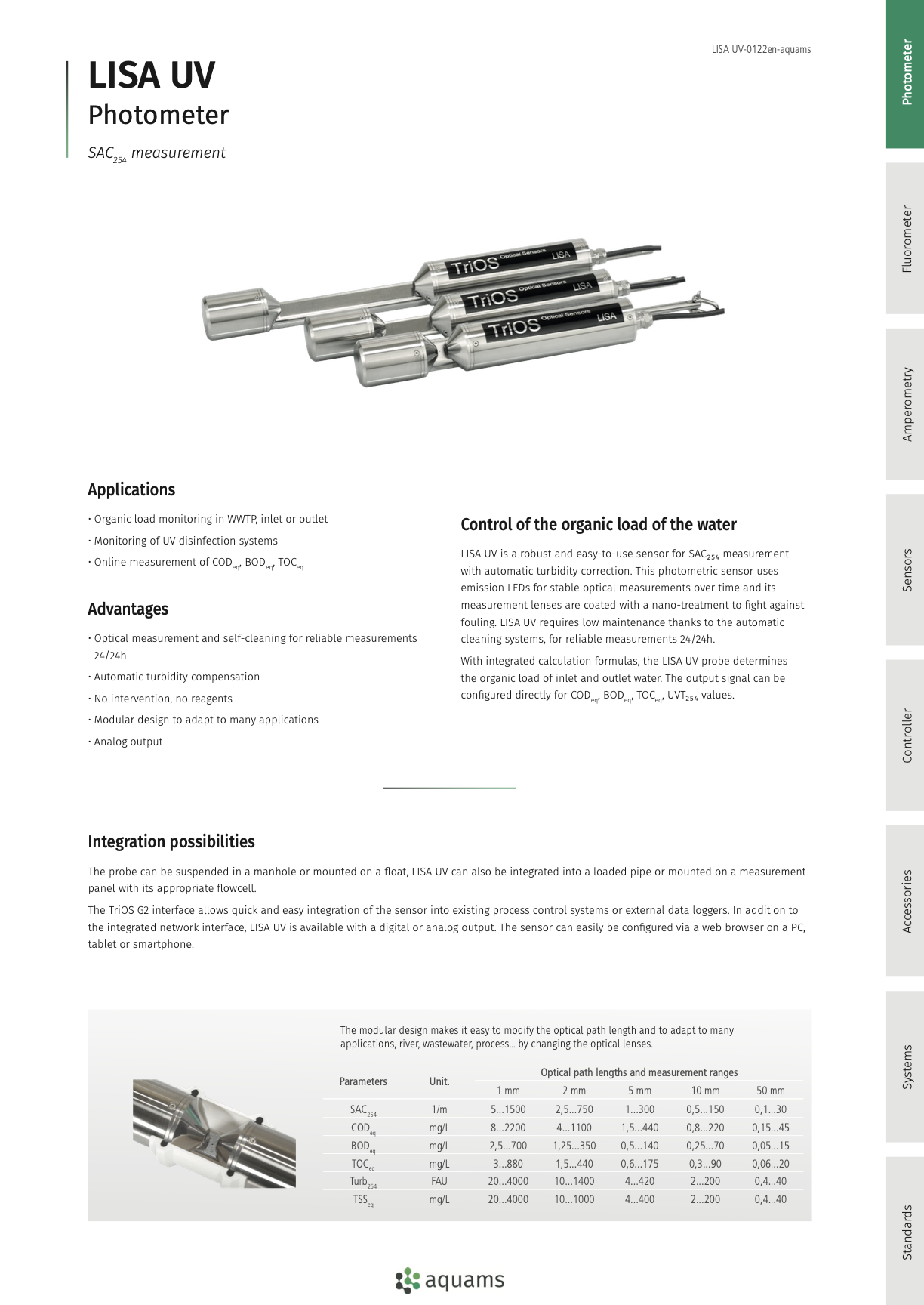 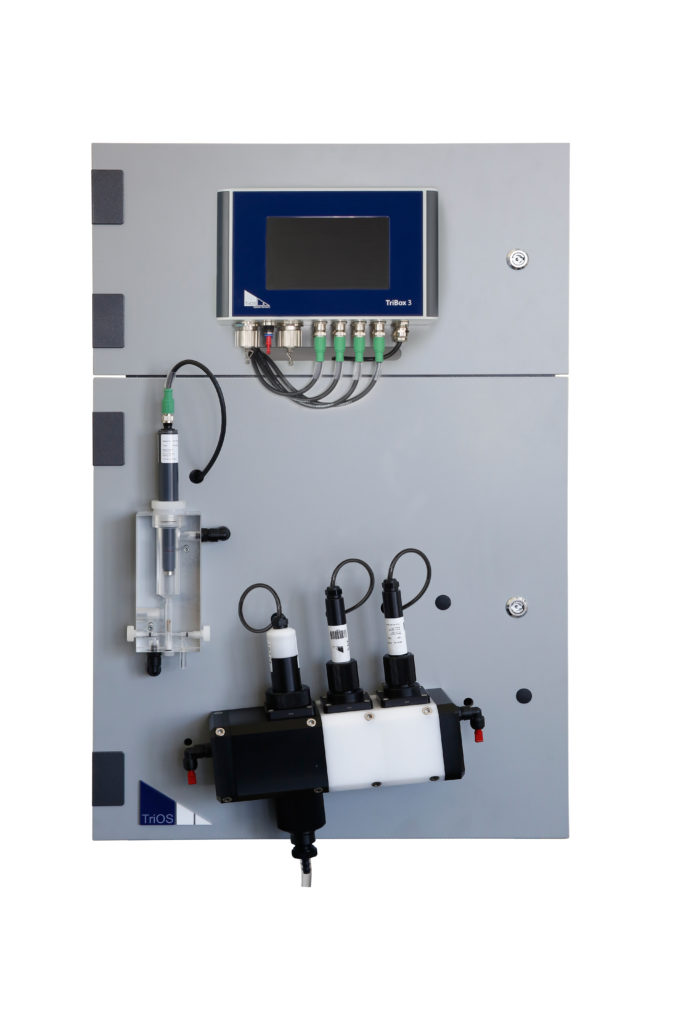 Which parameters do you want to measure?

This website uses cookies to improve your experience while you navigate through the website. Out of these cookies, the cookies that are categorized as necessary are stored on your browser as they are as essential for the working of basic functionalities of the website. We also use third-party cookies that help us analyze and understand how you use this website. These cookies will be stored in your browser only with your consent. You also have the option to opt-out of these cookies. But opting out of some of these cookies may have an effect on your browsing experience.
Necessary Always Enabled
Necessary cookies are absolutely essential for the website to function properly. This category only includes cookies that ensures basic functionalities and security features of the website. These cookies do not store any personal information.
Non-necessary
Any cookies that may not be particularly necessary for the website to function and is used specifically to collect user personal data via analytics, ads, other embedded contents are termed as non-necessary cookies. It is mandatory to procure user consent prior to running these cookies on your website.
SAVE & ACCEPT
felis facilisis fringilla luctus dictum in velit, id